Hi, I am a St. Louis based PHP/MySQL web developer and an iPhone/iPad developer. If you are looking for a freelance developer you can contact me.

Here are some pictures I took today from the HGTV Change the World Start at Home event. You can find more information about this event here. 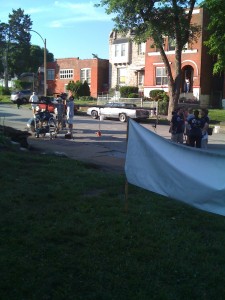 HGTV getting set up before the kick off 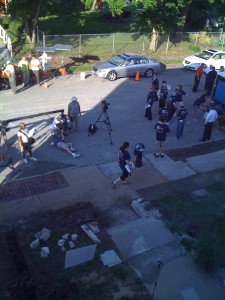 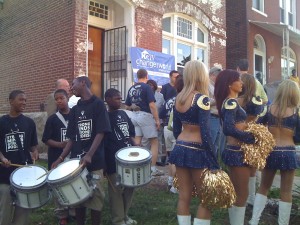 St. Louis Rams cheerleaders and the band getting ready 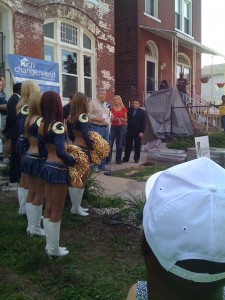 The kickoff has started 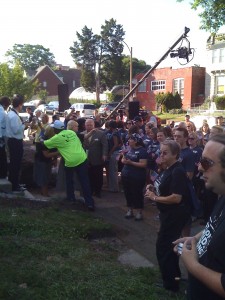 Some of the crowd watching 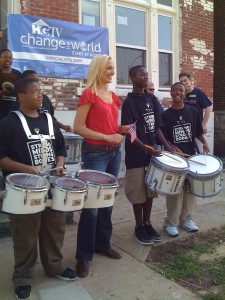 Monica Pedersen with the band 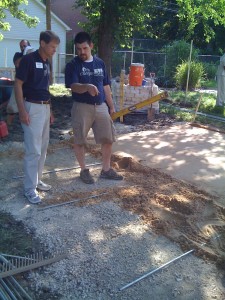 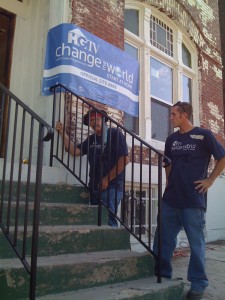 Construction on the Front Porch begins 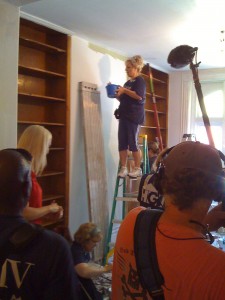 The living room is being painted 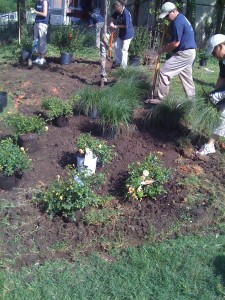 Painting the built in bookshelves

Flash flood in front of the office in Kirkwood, MO 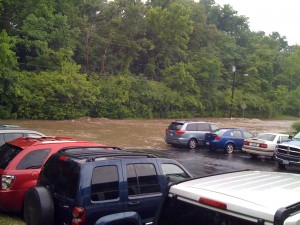 This is something I have been putting up with forever. Firefox on OS X is just horrible. It is either using 99% CPU or else it is just running slow all together.

Yes I do use plugins however disabling them really doesn’t help. Even if it did, what would be the point? The only reason I am still using Firefox is because of the plugins.

I was happy when Mozilla released Firefox 3.5 beta, hoping that would fix the problem but no it didn’t.

I’m really hoping that either Safari or Chrome allows for plugins to be created in the future.

rTorrent is a very cool torrent client used in *nix based systems. I have been using it on my Apple TV now for a few weeks with very good results.

Recently the weather here in St. Louis has been stormy and it knocked out my electricity. When the power came back on, I couldn’t get rTorrent started and I was getting this error:

rtorrent: Could not lock session directory: “/Users/frontrow/.rtorrent_session/”, held by “appletv:+189”.

The fix was pretty easy, I went into the .rtorrent_session directory and removed the rtorrent.lock file.

That was all there was to it, once I removed the lock file I was able to start rTorrent.

I discovered a problem on a Gateway laptop running Windows XP. As soon as I would log in, the laptop would automatically log me off. It did it in Safe Mode and normal mode.

I ended up discovering the Userinit.exe file was completely missing from the c:\windows\system32 directory. I eventually found out the machine had a virus which probably infected the userinit.exe file and antivirus removed it.

All I ended up doing was I popped in the Windows XP CD. Started recovery mode and copied the file back to the c:\windows\system32 directory by doing:

If the userinit.exe file already exists

There could be a situation where the userinit.exe file is already in c:\windows\system32. If that is the case then there is probably a messed up registry key. The key can be found in:

HKEY_LOCAL_MACHINE\SOFTWARE\Microsoft\Windows NT\CurrentVersion\Winlogon. The key is named Userinit and should contain this value:

Yes the comma at the end should be there. The easiest way to access the registry without being able to access the system is to use BartPE. Once you boot off a BartPE CD, you can load the SOFTWARE hive right into the registry and edit it.